As the ferry approaches, people onboard wave to those waiting on shore. A small crowd has gathered anticipating the arrival of a special guest, Satpal Sidhu, the Whatcom County Executive. Everyone onboard is wearing a mask, though there isn’t much social distancing waiting in line to disembark.

Once the boat is empty, many of its occupants head to their cars. What’s left are over a dozen people, mostly those present before the boat arrived, awaiting a chance to hear from Mr. Sidhu.

He begins by asking people their feelings on the new ferry. The first response, “It needs to run more days a week.” He assures everyone that there are plans to extend the ferry service, the current top contenders being Wednesday and Saturday. For now the ferry only runs on Tuesdays and Fridays, making two round trips each day.

This was the scene set on Tuesday evening at the Point Roberts Marina dock. Satpal Sidhu had made an impromptu visit to the Point, and was only able to speak for 10 minutes before heading back to Bellingham with the ferry. Those were a valuable 10 minutes for residents whose lives have been deeply impacted by the closed border.

Speaking of the Cares Act funding he said “…the deadline is December 31st. We cannot spend beyond that. We can spend only on certain things, so we are reaching out to the Federal Government as well as our local State Government to give some flexibility.” He spoke about how the additional funding request has been making its way up the chain to D.C., but it might still take some time before any approval is guaranteed. The goal is to extend the ferry for three extra months into 2021.

So far they’ve been facing a lack of decision making power at the lower levels of government. Currently the decisions about the border are being made at the federal level, trying to create a “one size fits all” approach. “…but if they allow us flexibility we can have some registration or tags for people that, okay, they are bona-fide residents of, they own property, even Canadians, they show that they own property, they get some kind of verification in addition to their ID and then they can come and look after their property and vice versa.”

After answering a number of questions he addressed the residents of Point Roberts directly, “We appreciate you writing letters and reaching out.” 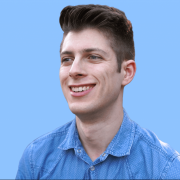